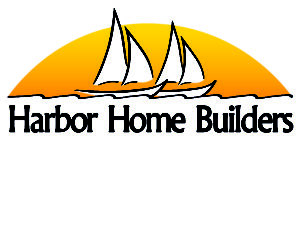 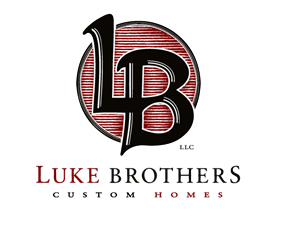 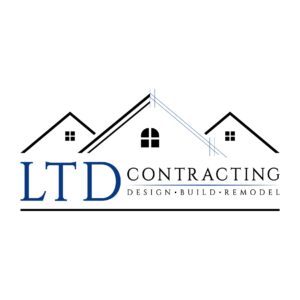 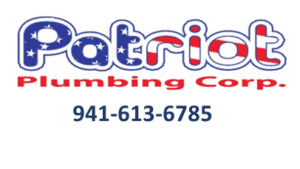 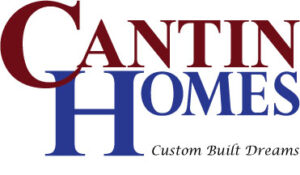 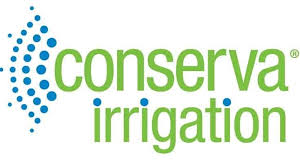 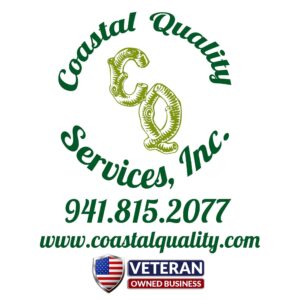 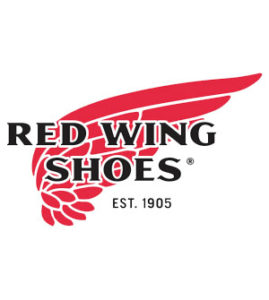 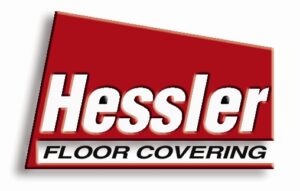 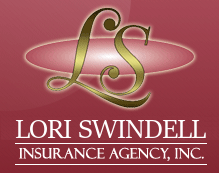 03/17: CDBIA Executive Committee and Board of Directors Meeting

Last night about 100 VIP came to gather for the monthly membership meeting held at Twisted Fork. Seating is outside, and a color coding system is used to ensure our members are able to be comfortable through this pandemic.

We have extra seating so people can sit socially distanced and we have tables of 8 for those who prefer to be closer to friends.
Your mental well being as well as you feeling safe matters.

After an hour of laughs and connecting comfortably during our hour of networking, members sat down as we welcomed President Caryn (Wharton-Smith).

Invocation and Pledge was led by Bob Miller (Boyette & Miller Construction and Development).

President Caryn helped us finish some business from last year.

And our incredible leader, Tom Thornberry was presented the Life Member Award.

This is an award that is given to distinguished leaders by the Charlotte DeSoto Building Industry Association as thank you for their immense dedication to our local CDBIA and to our state FHBA and NAHB.

Congratulations, Tom Thornberry.
Since the CDBIA started in 1985, Tom has been involved. As President of Charlotte Plumbing, he stayed entrenched in the CDBIA family, volunteering for many events, and chairing many different committees. Tom is a proud founding member of the Future Builders of America.
In 2002, he was elected by the Board of Directors of the Florida Home Builders Association as the 3rd Vice President and has the honor of being the 1st member of the CDBIA family to hold a position at FHBA. Tom’s leadership at state was a driving force to help our community through the devastation of Hurricane Charley and the storms that would follow, by calling up companies and getting quick relief for supplies needed.
Tom continued to stay involved in our local association. He helped mentor many leaders who would follow in his footsteps in local leadership as well as at FHBA and even
Tom is also proud that just about every successful plumbing contractor in town credits working for Tom at one point in their career.
Tom still plans to represent the CDBIA at state meetings, help build our local FBA and of course has been a huge help with retaining and building our membership.

After an amazing dinner of Twisted delights, Superintend of Charlotte County Public Schools Steve Dionisio spoke about how he is helping build future leaders.
As a student of our own school system, Mr. Dionisio spoke about the struggles and successes of this past year through the pandemic. A lot of hard decisions were made, but the focus of continuing our student's learning and their safety have been the number one focus.
CCPS has done an incredible job stopping the spread of COVID-19. Many of the reported cases through the students and staff have been from outside the classrooms.
Mr. Dionisio also announced how successful the construction programs have been. Currently there is 17 students in the drafting class and 18 students in the construction technology course. There are over 30 students who want to attend these classes next year! In year's past, registration has been as low as 6. Your help will be needed, staying mentoring students to help get them job ready and plan to hire our local homegrown students placed in careers in our community.

After Mr. Dionisio's presentation, President Caryn presented Mr. Dionisio with the Work in Progress Award for his dedication to student success and building leaders in our community.

After Mr. Dionisio's q&a where many members showed support for our schools, Charlotte County Community Development Director and Building Official introduced Deputy Building Official Daryl Dillow.
He also gave updates about our building department. Looking back, it was March of last year, Ben was announced as Interim Director of Community Development. After many months of their team working hard on getting online permitting up as scheduled on March 6th. How lucky was our community having this program set up to help keep building going through the pandemic.
About 80% of the permits are still being uploaded online.
In January, 248 single family permits were pulled.

Alaina updated everyone on upcoming events.

Gene Extejt Classic Swing De Mayo will be on Friday, May 7th. After Patrick Lewis, chairman of the event spoke, we thanked the following members for signing up as sponsors:

Party on the Tee Sponsors:

These sponsors join the following sponsors: 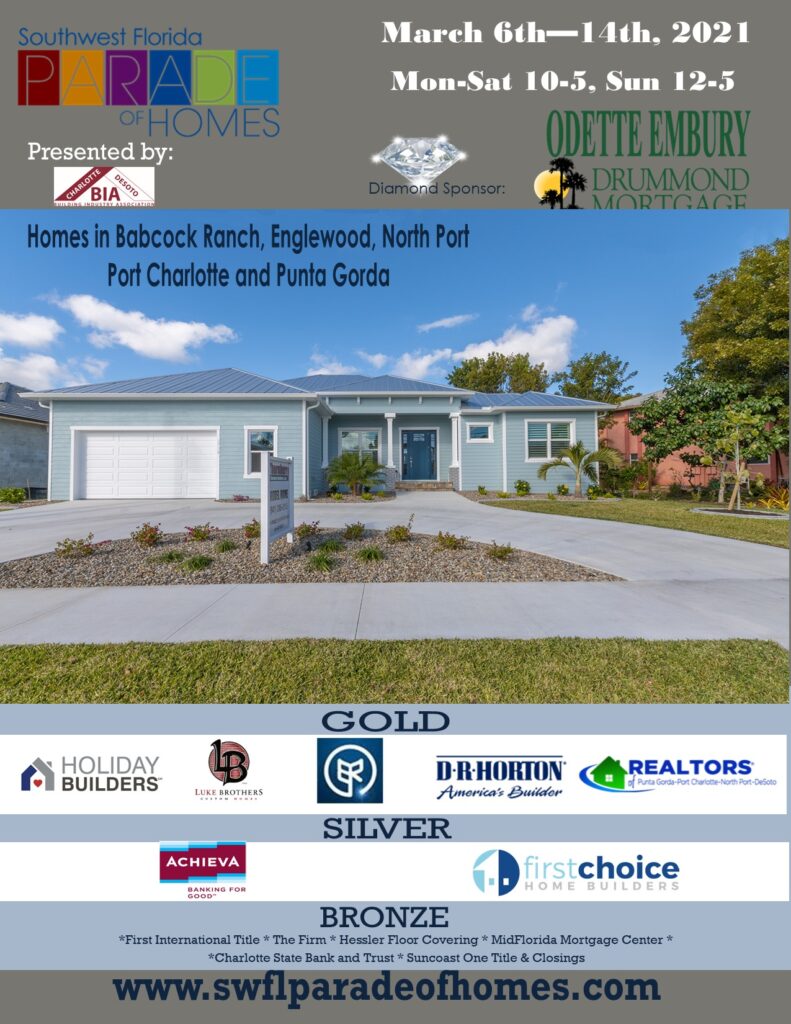 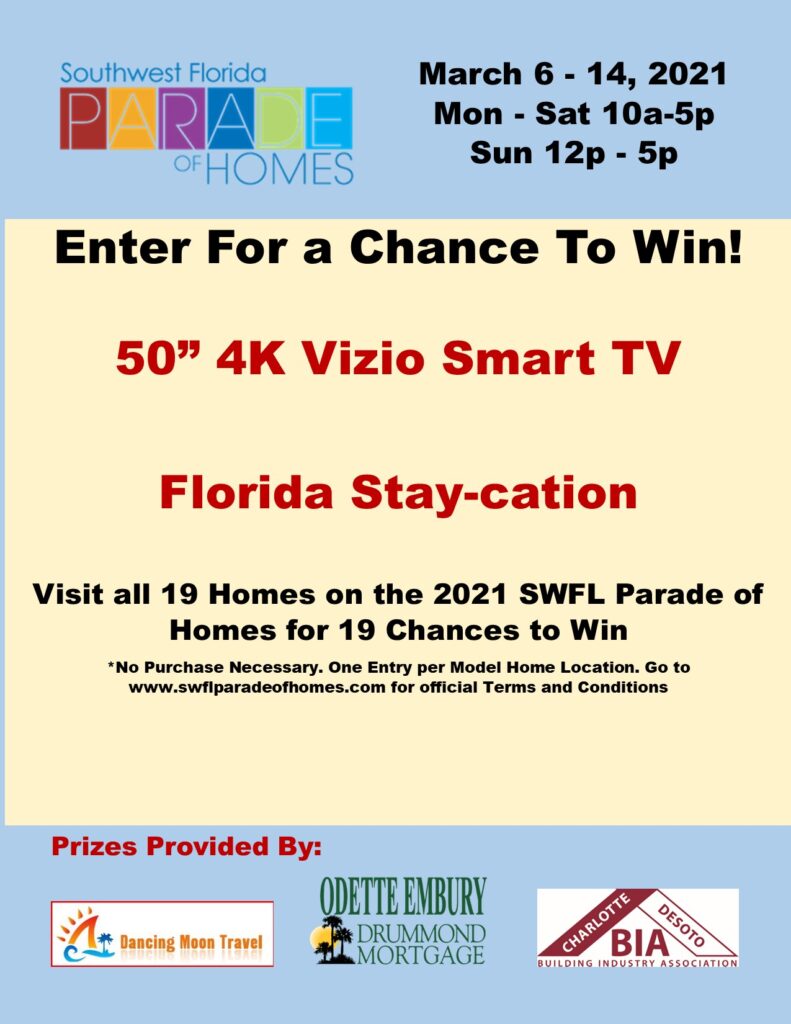 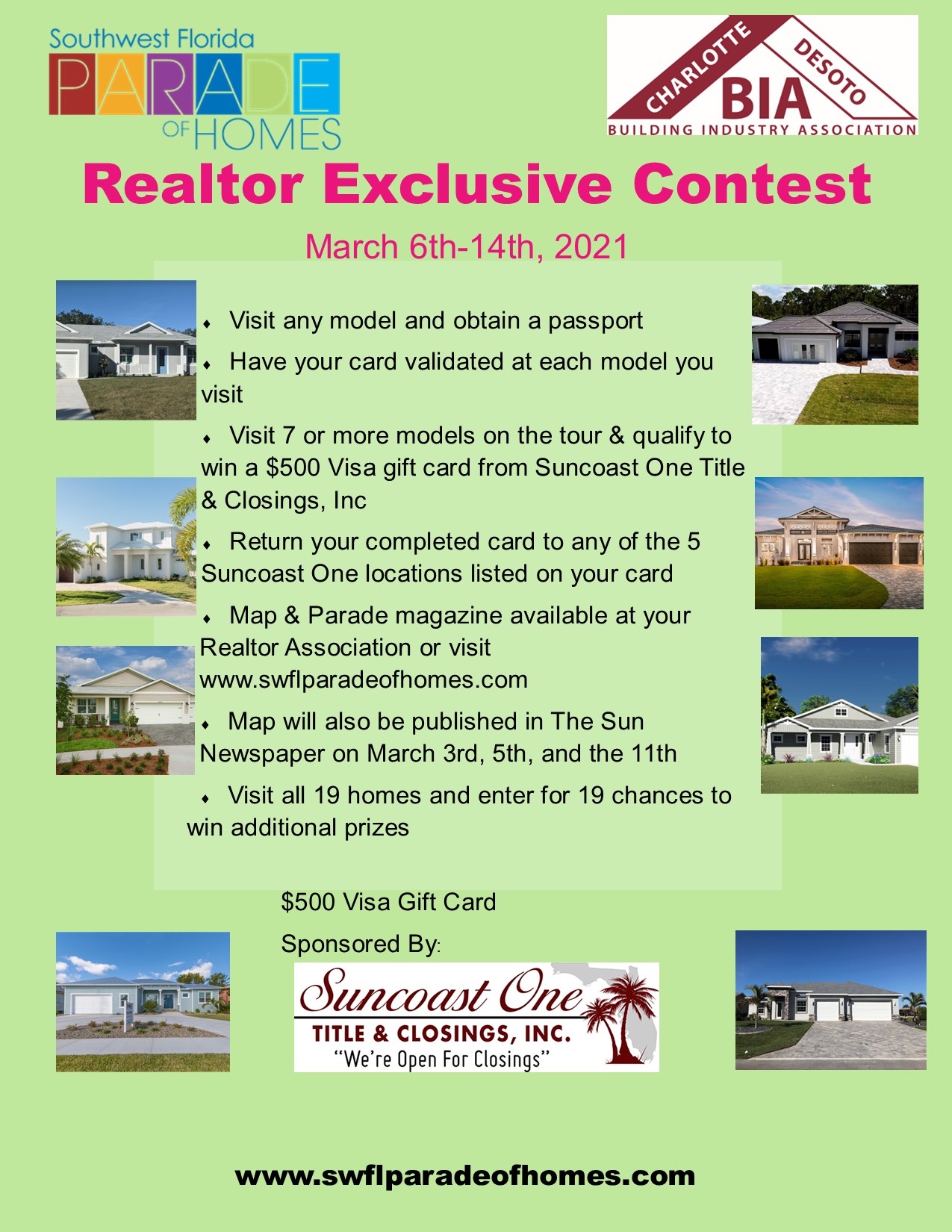 Updates from your CDBIA family

Glass Shower Enclosure Installer
Our company is growing, and we are Hiring!!! – This is a great place to work. We are eagerly interested in hiring qualified individuals. Located in sunny Englewood, FL, we are a glass company currently seeking an experienced 'Mirror and Shower Door Installer'.
> The right candidate will have at least 2-5 years of experience. We are looking for someone with experience in all aspects of shower doors including framed, frameless, frameless sliding, etc.
> Candidates will be able to measure, fabricate, and install a variety of glass & mirror products.
> Top salary based on experience.
> You also need to have your own tools and a valid driver's license.
Customer satisfaction, craftsmanship, and attention to detail are crucial.
> This is a full-time position with benefits as well as a 401k plan + company match, profit sharing.
> Paid holiday/vacation time.
> A friendly work environment.
We are a high-quality shop looking for someone who is self-motivated and takes great pride in their work.

If this is you, contact us today with your resume.
> Lemon Bay Glass ph. #941-475-1281 > Email: info@LemonBayGlass.com; Place in Subject Bar - 'Shower Installer Resume'
> Link to see more about the company and job - https://lemonbayglass.com/glass-installer/

Get ready Southwest Florida! The Firm Advertising Agency is proud to be a part of the SWFL Parade of Homes™ through the CDBIA again this year. It begins March 6th and runs through the 14th. See some of the most innovative and progressive homes entered this year by local and national builders. If you can’t get out and see them all in person, click https://www.swflparadeofhomes.com/ go to their website and click the “Virtual Tour” links. Let us know how we can help you with a Virtual Tour. Call us. 941-347-8198

Consult Engineering’s new YouTube channel is called Building Integrity. Founder and Principal Engineer, Josh Porter, conceived of the channel as an educational (and entertaining) outreach of our company, as well as a digital brochure for our company, staff and services. While the inspiration was to find an alternative to traditional marketing during the Covid-19 era, the purpose is literally to build integrity within the construction industry through education and accountability. The target audience is the homeowning public, property managers, contractors, tradesmen, students and anyone interested in construction. We launched the channel just before Christmas with a good amount of content for subscribers to digest. Going forward we will build our video library with episodes featuring interviews with industry leaders from our office studio, on-the-job videos shot in the field during our inspections, in depth lessons with Josh at his desk and various fun, informational or visually appealing short videos.

We invite you to please subscribe to the channel and recommend it to your friends, employees and customers who may enjoy it. The direct link is https://www.youtube.com/channel/UC9xpl8LyFRsKXASGHBBj_xQ

Once we reach 100 subscribers, we’ll be able to get a URL that is something like YouTube/channel/BuildingIntegrity, instead of that alphabet soup. And YOU can help us get there! If any of your companies have channels you’d like to promote, please let your CDBIA family know about them

We interview Alexandra Baradi from Exceptional Villas -- exploring options for a luxurious, safe -- and surprisingly affordable -- vacation in your own private villa. https://fb.watch/3XEZr_Yb1Q/

Housing Affordability Constraints Rising in 2021
The housing industry is being squeezed. While the sector was the bright spot of the economy for 2020 and possesses considerable momentum at the start of 2021, a number of external factors are restraining the industry as well as the nation’s overall economic recovery. For example, shortages of steel and semiconductors are slowing production of cars and other high-end manufacturing goods. In the housing sector, a lack of lumber and other key building materials have sent softwood lumber prices soaring to all-time highs. NAHB determined the current run-up on lumber is adding more than $24,000 to the price of the average newly-built home.

Builders anticipate these limiting factors will continue through 2021. In fact, a recent NAHB survey revealed 89% of builders view building materials prices as their No. 1 challenge. Nos. 2 and 3 on the list were concerns over availability and delivery times of materials, and availability of labor, respectively. Combined with other supply-side limits such as regulatory burdens and lot supplies, housing will grow at a slower rate in 2021 compared to last year.

These data reveal a market facing severe inventory constraints, particularly as the existing for-sale single-family homes market is down to less than a two-month supply, and the inventory of new homes for sale is down to just a four-month supply. As a result, home prices are rising at an unsustainable pace, pricing out significant numbers of prospective home buyers — NAHB estimates that for every $1,000 increase in the price of an average new home, approximately 154,000 more households would be unable to afford it. Moreover, mortgage interest rates are rising, as economic growth expectations increase. On the bright side, demand remains strong and there is a growing number of households entering their key home buying years.

NAHB would like to hear how rising lumber prices and the limited availability of lumber is affecting your members. Ask them to share their story of missed closing opportunities, increased costs or buyers being priced out of the market due to lumber prices. This will help NAHB further illustrate to the new Administration and Congress why a plan to address the lumber crisis is urgently needed. Learn more and review NAHB’s lumber talking points. 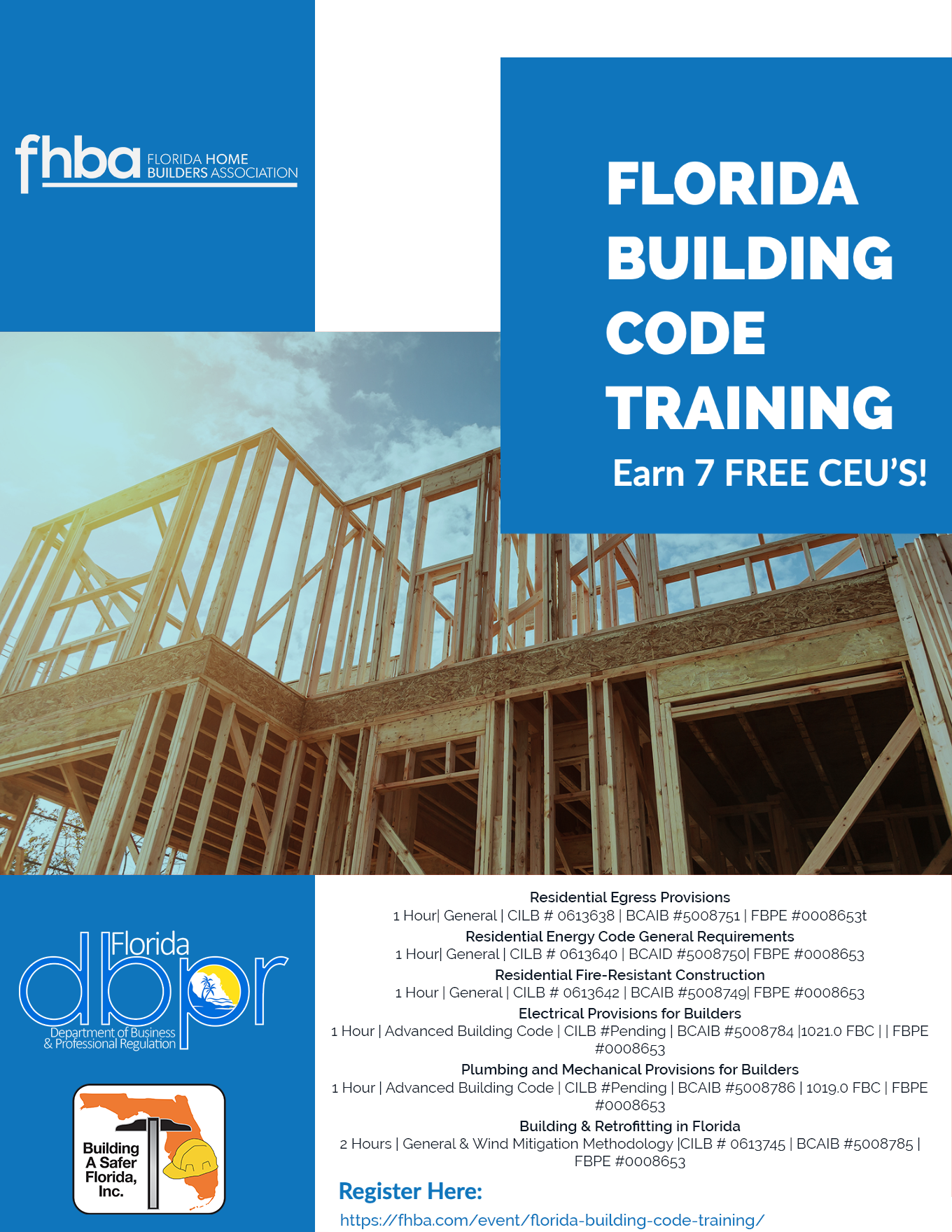