Member of the Year

The Member of the Year was presented to Colleen Ferrara, Conserva Irrigation of SWFL.

Colleen has been a leader in the CDBIA, helping promote membership. As the membership chair she has helped our CDBIA family grow. This past October home builders’ associations throughout the nation held membership drives and under Colleen’s leadership, the CDBIA had the 2nd largest drive in the nation. Colleen serves on the Bowling & Billiards, Swingo De Mayo and Executive Committees. 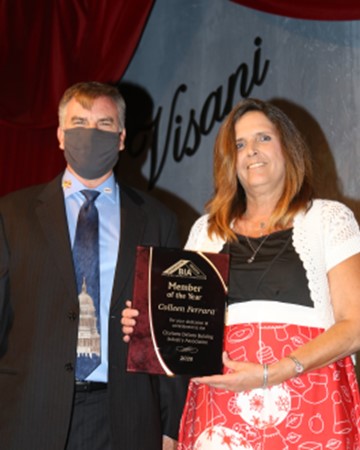 Past Recipients of the CDBIA Member of the Year