Subcontractor of the Year

Sub-Contractor of the Year was presented to David Galloway, President of Galloway Roofing.

For over 30 years, David has been working in the roofing industry. When a hurricane disaster struck, he was one of the first roofers on call to help not just businesses in our community, but throughout SWFL. Galloway Roofing is a family run business who is very entrenched in Englewood and Charlotte County. 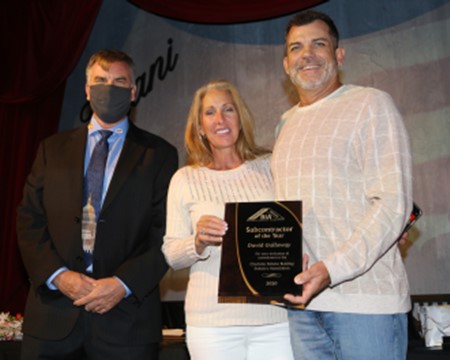 Past Recipients of the CDBIA Associate of the Year